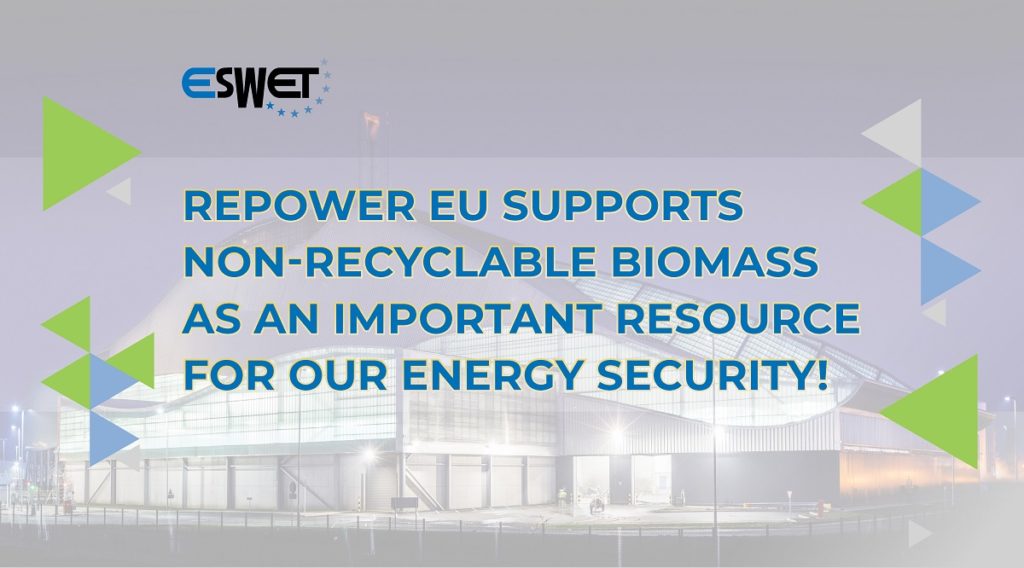 The Commission action plan highlights that non-recyclable biomass waste can help Europe move away from imported natural gas. Now, the ENVI Committee of the European Parliament might want to reconsider its views on the revision of the Renewable Energy Directive.

Waste-to-Energy secures local non-intermittent baseload energy to industries, homes, and municipalities, thus responding today to the major EU energy crisis while providing a service of public interest, i.e., the treatment of non-recyclable waste. Already today, Waste-to-Energy provides the equivalent energy of 9% of Russian gas imports, and by 2035, while meeting the circular economy targets, the share could rise to 12.5%.

Oddly enough, with the opinion given on the 17th of May, the ENVI Committee of the European Parliament took the opposite path by proposing to discard useful biomass from non-recyclable waste in the Renewable Energy Directive (RED). This proposal risks incentivising harmful landfilling of residual waste and would result in burying energy that is essential to move Europe away from importing natural gas.

The decision now belongs to the ITRE Committee to safeguard the definition of biomass in the RED and acknowledge the renewable energy feature of Waste-to-Energy.

The European Commission recognises the virtue of valorising non-recyclable waste to respond to energy insecurity in Europe – said Patrick Clerens, Secretary-General of ESWET – On the other hand, we are astonished by the ENVI Committee’s vote on the revision of the RED, which is proposing to reduce access to renewable energy for European consumers.

The upcoming votes on the RED in the Parliament and the Council are a good opportunity for the EU legislators to align in favour of securing local energy supply for the benefit of the European citizens.