Reshaping the concept of residues – WtE and architecture

Who said that treating non-recyclable waste must wear a bad look? 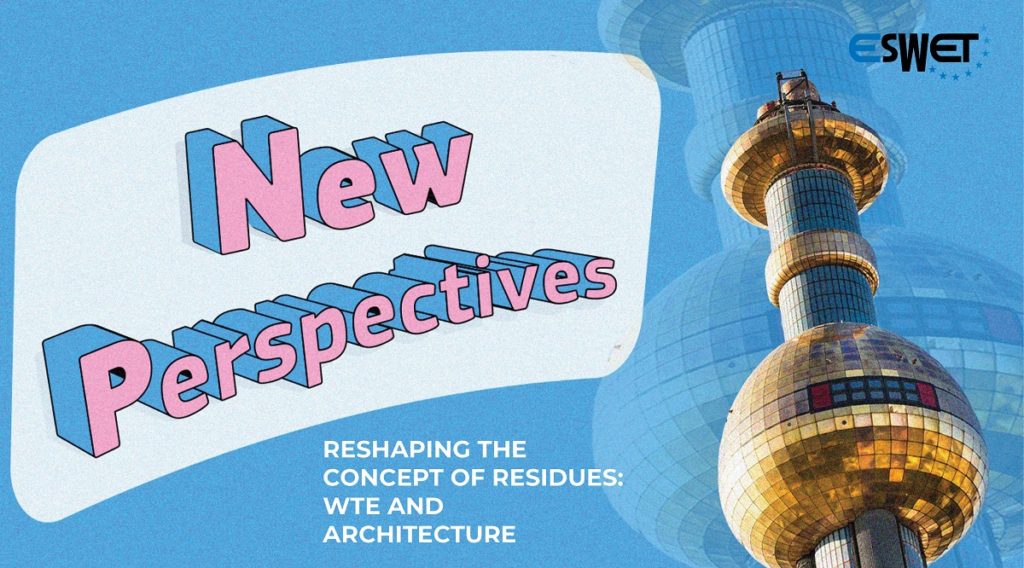 The relationship between Waste-to-Energy and architecture is longstanding and full of mutual success.

All over the world, many plants have benefited from the visionary projects of some of the most important architectural studies and artists, which made them veritable touristic attractions and iconic landmarks of industrial architecture.

Because of their size, the external parts of the Waste-to-Energy facilities – the industrial plants treating non-recyclable waste and recovering energy and materials – are a perfect sample to experiment with new shapes, materials, and colours, with results universally recognised by both insiders and the general public.

As the most recent proof, a prestigious prize was received in 2021 by the Copenhill plant in Copenhagen, which won the “Building of the Year” at the World Architecture Festival.

Here’s a selection of some of the most famous examples: 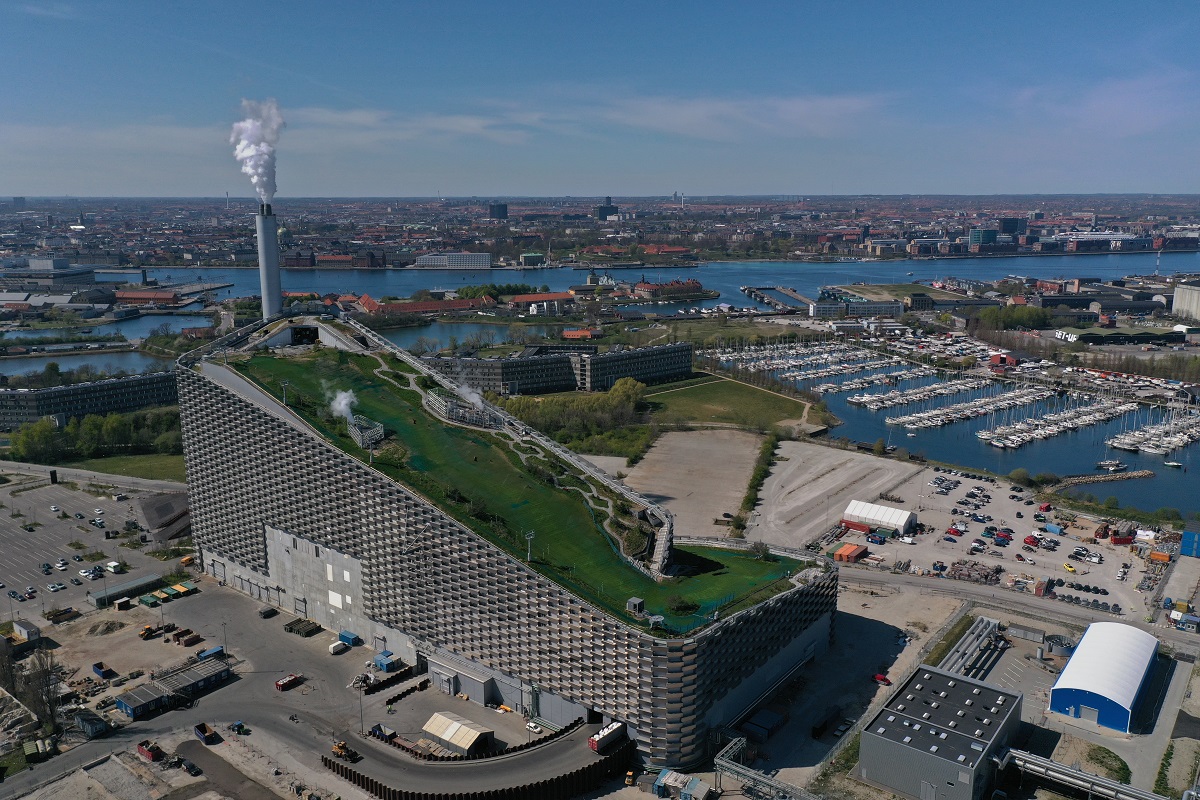 Also known as Amager Bakke, the building is a new breed of Waste-to-Energy plant, topped with a ski slope, hiking trail and climbing wall. Formerly a piece of infrastructure in an industrial zone, CopenHill has become a new destination combining community and leisure with sustainable ambitions, aligning with Copenhagen’s goal of becoming the world’s first carbon-neutral city by 2025. Excerpt taken by: BIG-Designed Copenhill / Amager Bakke Wins World Building Of The Year Award For 2021 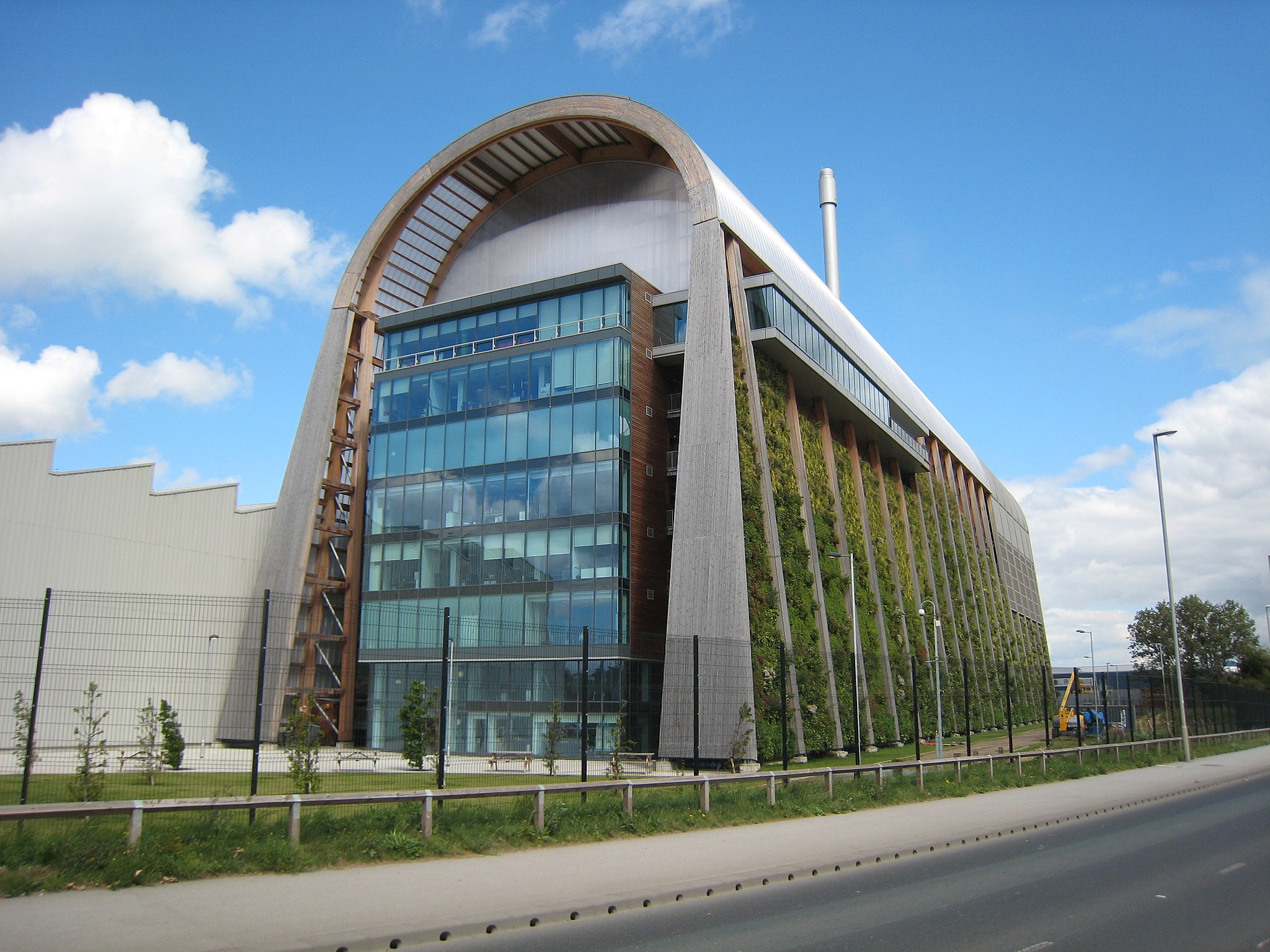 The Leeds Recycling and Energy Recovery facility (RERF) is the flagship development at the heart of Leeds’ integrated waste strategy for the next two decades. The striking 138ft tall building is believed to be one of the tallest timber buildings on the continent. When all the recyclables have been removed the remaining waste is burned and the heat is then used to turn water into steam, which powers a turbine to generate enough power for 22,000 homes. Excerpt taken by: What goes on inside Leeds’ vertical garden and the tallest ‘living wall’ 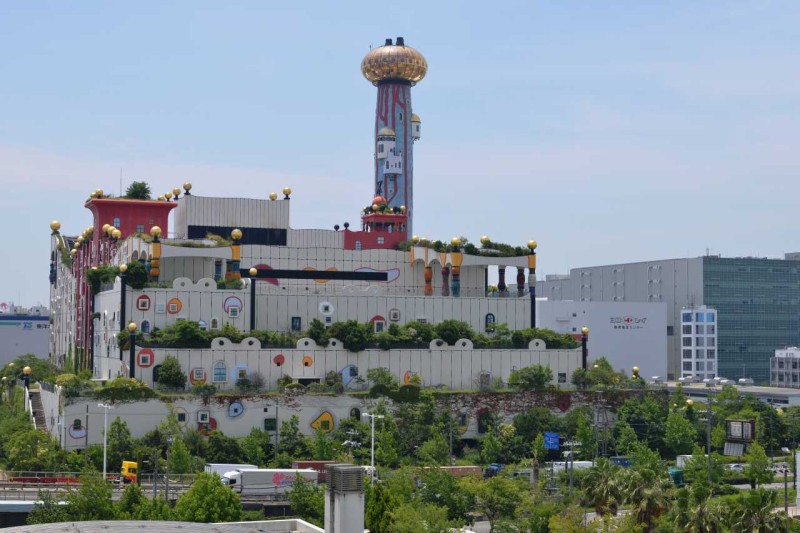 Maishima sits on a manmade island in Osaka Bay. This island is known for its beautiful lily garden and the giant stadium for Osaka’s basketball team, Ebessa. However, another attraction of this island is Maishima Incineration Plant. Yes, a garbage burning facility! It may sound weird, but his plant is very interesting because of its unique designed. The plant looks so unusual, some people mistake it for part the nearby Universal Studio Japan. Excerpt taken by: Maishima Incineration Plant: World’s Prettiest Garbage Facility? 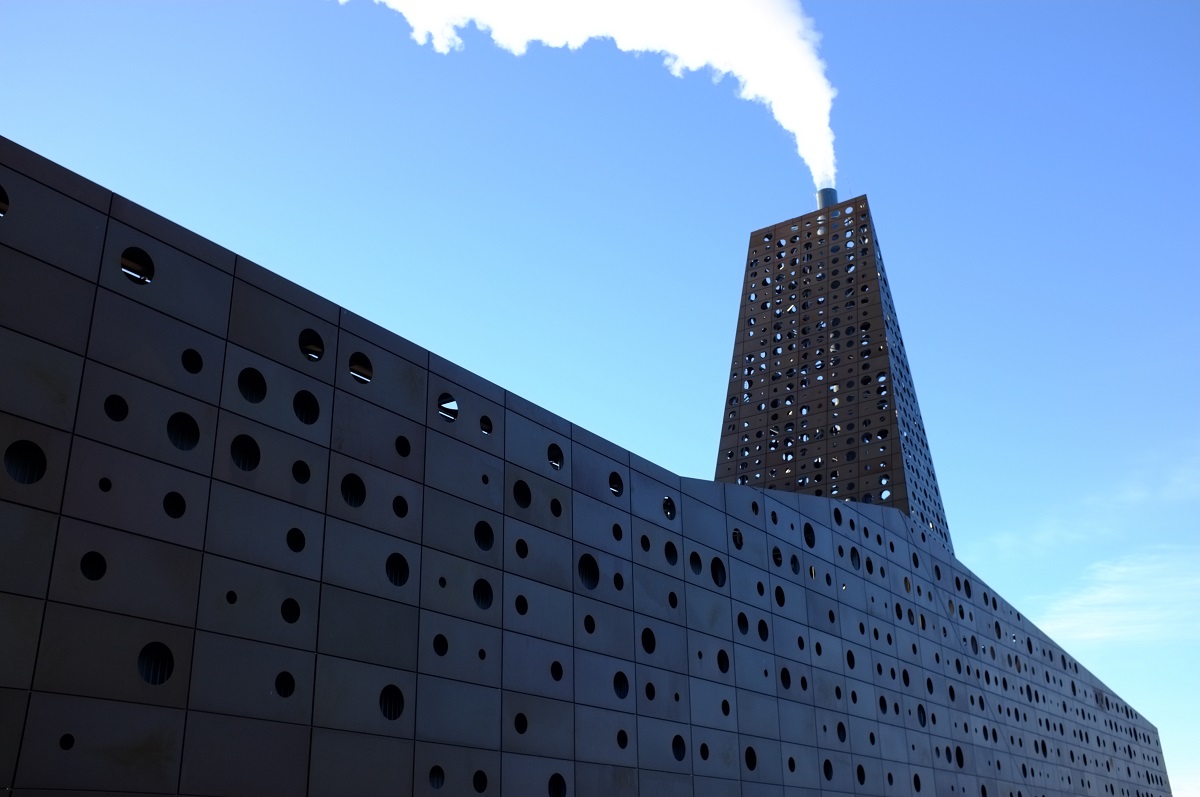 Make no mistake: Incineration Line 6, a waste-to-energy incinerator/power plant in Roskilde, Denmark recently-completed by Dutch architect Erick van Egeraat, is a thing to be behold: spotted with laser-cut circles, its concealed, individually-controlled lights illuminate the umber-colored aluminum tower from the inside-out at night—a symbol for the combustion taking place within. Excerpt taken by: A Beautiful Waste-To-Energy Plant Glows In Denmark 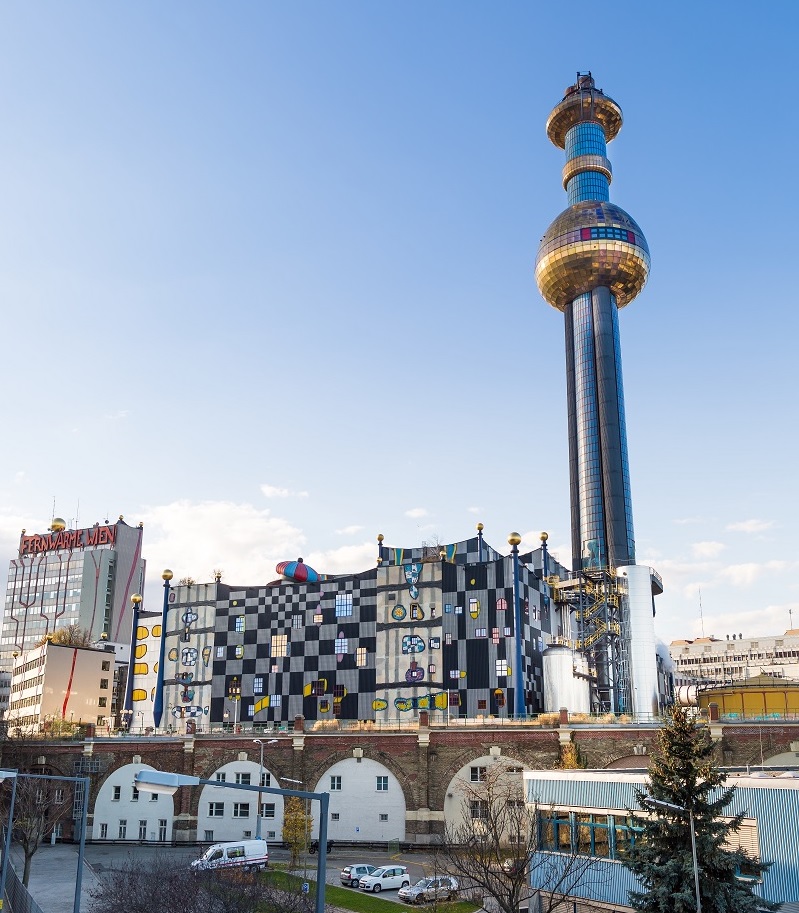 The Spittelau incinerator now ranks as one of Vienna’s most striking landmarks, with the huge golden ball on its chimney an integral part of the cityscape. But it’s when you get up close that Hundertwasser’s architecture reveals its true majesty. Although Hundertwasser might best be described as a painter, his architectural and design work has, perhaps, left the biggest impression on the public consciousness.  Excerpt taken by The Spittelau Incinerator – Visiting Vienna 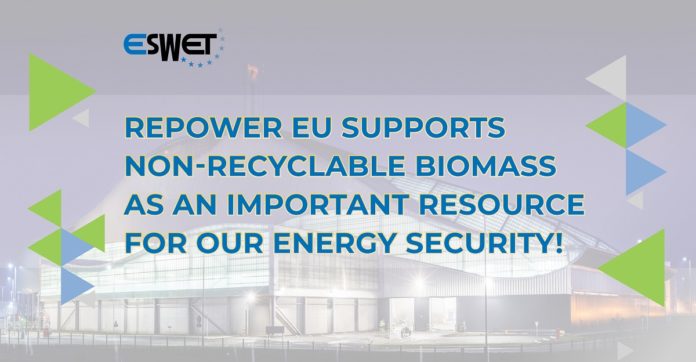 ESWET welcomes the RePowerEU Joint European Action Plan adopted today, which rightfully supports the use of non-recyclable biomass waste for…

In Hinwil, a small Swiss town in the Canton of Zurich, every year 16,000 tons of metals get recycled, saving… 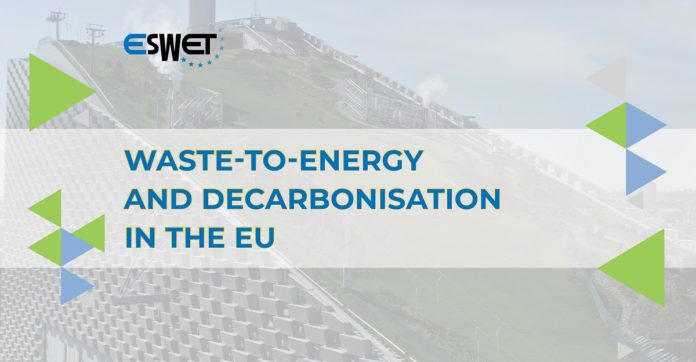 Waste-to-Energy and decarbonisation in the EU